Praesentation and panel at the Goethe-Institut Los Angeles 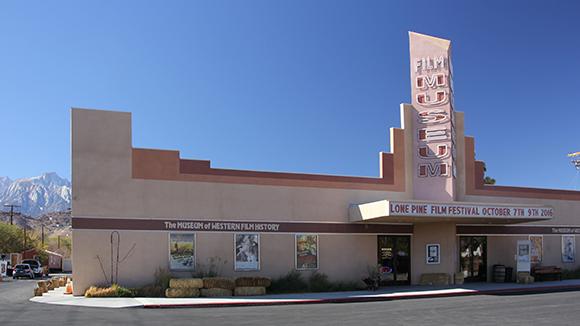 The Museum of Western Film in Lone Pine, California 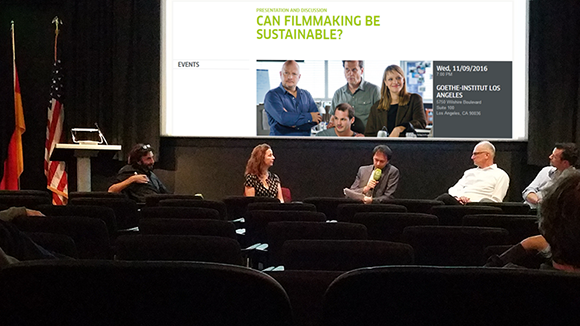 Sustainable film production at the Goethe-Institut in Los Angeles, with TATORT and Heike Makatsch as a case study 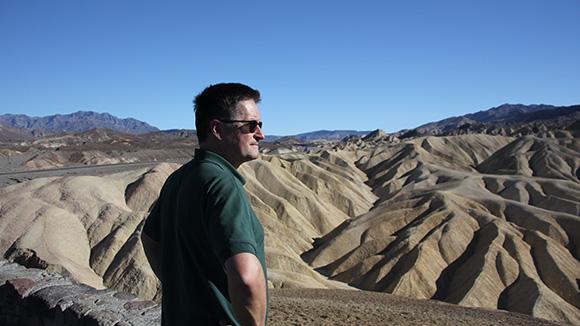 Zabriskie Point in Death Valley – also the name of a film by the Italian director Michelangelo Antonioni. 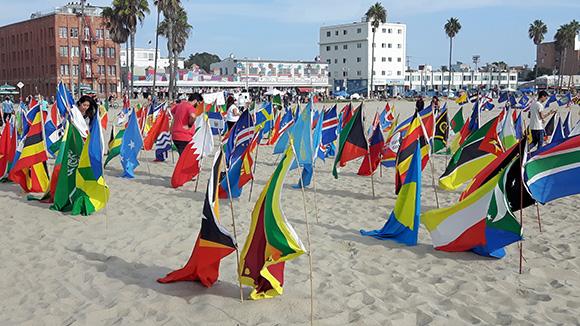 „Can filmmaking be sustainable?" This was the question to which the Goethe-Institut Los Angeles invited the Great Idea! for an exchange of ideas between the creative industries.

"Sustainable film production" was the title, "now more than ever" the motto under which the exchange between the creative industries of Los Angeles and Berlin took place at the Californian Goethe-Institut the day after the US presidential election.

In order to answer this question, the Goethe-Institut Los Angeles invited Tolle Idee! to a creative industry discussion.
"Sustainable film production" was the title – and "now more than ever" the motto – under which the creative industries of Los Angeles and Berlin came together to share their insights at the Californian Goethe-Institut, on the day of the US presidential election.
For Katja Schwarz from the Tolle Idee! network, this was the ideal opportunity to thank American filmmakers for their environmental initiatives, as these gave a lot of impetus to efforts in Germany. She presented successful examples and pointed out areas for improvement.
Producer Pascal Nothdurft was recently in Los Angeles to present the "Student Academy Awards" in 2012. On this occasion at the Goethe-Institut, he presented a report on the "green shooting" pilot project run by the MFG Public Film Fund Baden-Wuerttemberg that resulted in the TATORT special FIVE MINUTES OF HEAVEN ("Fünf Minuten Himmel"). The report is now available for download.

Michael Kaliski, founder and CEO of Good Planet Media in Hollywood, represents ethical, sustainable and fair-trade brands and integrates them into commercial media productions and platforms across the world. He also supports film productions, sustainable solutions for all departments, and post-production.

John Gresch used the ARRI lighting and camera system to explain how technology has developed in a sustainable direction and the extent to which LED lighting can be used in media productions.

The possibilities for sustainable production methods are already substantial and diverse – all that is left to do is to update routines to reflect sustainable development. The international Creative Industry Discussion organised by the Goethe-Institut in Los Angeles provided invaluable inspiration on how to do this.