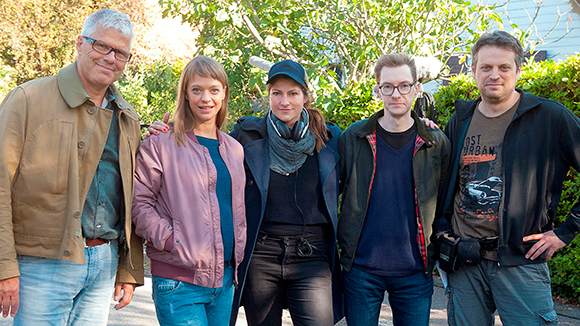 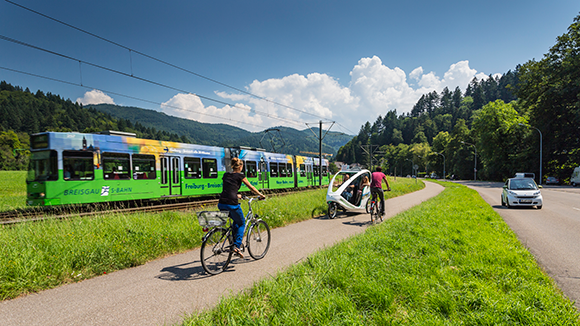 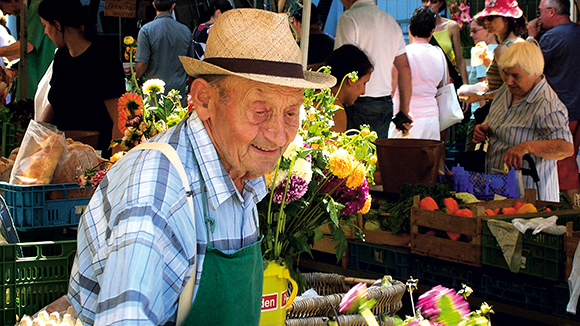 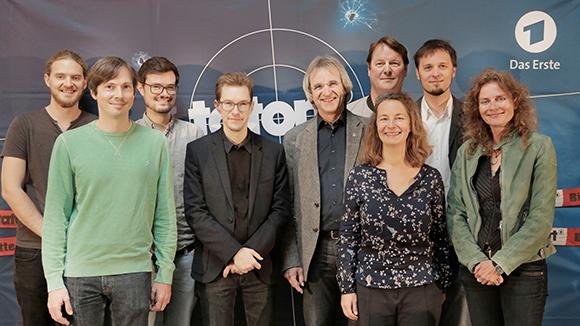 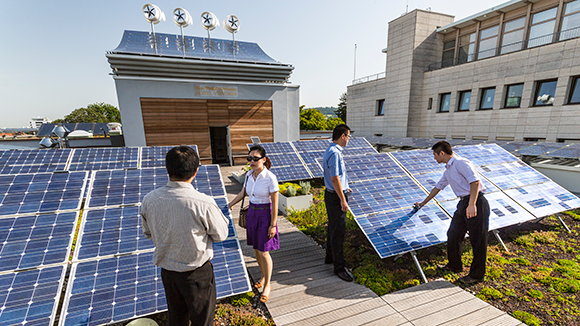 MFG presents the project on December 1st at the Filmschau Baden-Wuerttemberg:
In Freiburg, the MFG Public Film Fund Baden-Wuerttemberg has realized its visionary pilot project „Green Film Shooting“ with a committed production company and a superb cast.
In September and October 2015 Zieglerfilm Baden-Baden completed the production of the „Tatort“ special "Five Minutes of Heaven“ („Fünf Minuten Himmel”) commissioned by SWR and ARD Degeto on behalf of the German public broadcasting station, Das Erste.
The crime film’s main role of chief inspector Ellen Berlinger is played by Heike Makatsch, who returns to her home town after a long period as an undercover agent in a London production.
The MFG fund is purposefully supporting resource sparing film production methods and their scientific underpinnings. To this end Zieglerfilm and MFG worked closely with „Tolle Idee!" as eco advisor.
We are happy to find our names in publications like Professional Production, filmecho I filmwoche, on greenfilmshooting.net, in FilmFacts and in the Green-Film-Shooting-Special Berlinale 2016.
The green film shooting project has been nominated for the Corporate Social Responsibility Award 2016.

MFG managing director Prof. Carl Bergengruen says: "With" 'Green Shooting' we provide the necessary expertise and support for eco-friendly film production methods. Thus we patronize producers who dedicate themselves to comprehensive corporate and entrepreneurial responsibility. The initiative's goal is to raise awareness in Germany's film industry.“

Partners of the MFG initiative are the Hochschule der Medien (HdM), Stuttgart, the Film Academy of Baden-Wurttemberg, the Location Office Region Freiburg and the Munich-based agency "Tolle Idee!". The "Tatort" Special is produced by Zieglerfilm Baden-Baden. Marc Müller-Kaldenberg, manager of Zieglerfilm claims: "'Tatort' is perfectly suited as a pilot project. SWR and Degeto commissioned Zieglerfilm to produce it with the usual TV budget. Hence it will provide us and other producers with results and experiences that can easily be applied to future projects. The question of more ecological alternatives to standard production is often raised, though they may possibly be a little more expensive. To find an effective, feasable middle course and to raise awareness regarding environmental impacts on the set is our aim for this production."

Moreover, Freiburg as the film location provides the ideal set-up for the pilot project of MFG, for many local suppliers are orientated towards sustainable activities; and Location Office Region Freiburg has a track record of being an environmentally conscious regional marketing body. Hence the Film Commission is not only available as consultant for the region, but will also equip the production with bicycles for the period of the shooting, thus providing efficient mobility while saving resources.

The scientific monitoring of the pilot project lies with professor Boris Michalski of the Institute of Applied Narration Research of HdM. The Munich-based agency "Tolle Idee!" is offering all participants advice in sustainable production methods. Another partner is the Film Academy of Baden-Wurttemberg, from whose Alumni network a production-savvy eco-supervisor will monitor and help with all sustainable production details.

The aim of the "Green Shooting" pilot project is to encourage producers to undertake their entrepreneurial activitties with an eye to environmental responsibility as part of overall Corporate Social Responsibility - CSR. CSR requires that managements take social and ecological factors into account when making economic decisions and thus endeavour to create sustainable added value. Large amounts of resources are used in a short amount of time in film production. The multiple interfaces with service providers and production partners provide considerable scope for sustainable planning through the application of the appropriate know-how.

In case you want to read the report in Russian, please find the pdf-file here: