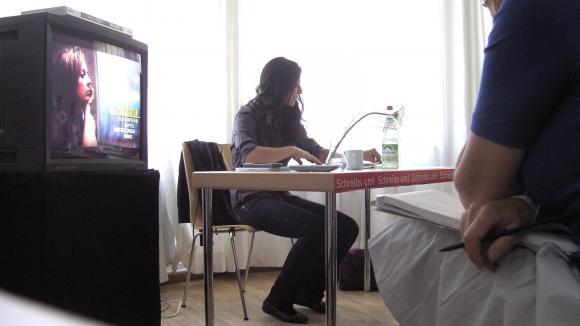 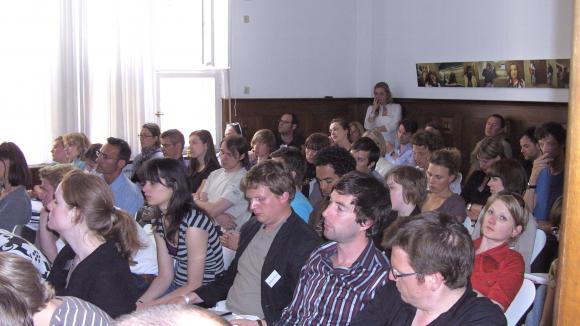 Rewrite it! Symposium I & II on Screenplays Participants

Rewrite it! Every screenwriter has heard this many times as numerous people are involved in the creation of a screenplay: commissioning editors, executive producers, line producers, directors. But how exactly is a screenplay coming about? This was the topic of the symposium that took place May 15-16, 2008 in Seidlvilla, Munich. The event was organised by Tolle Idee! Project Agency for The University of Television and Film Munich (HFF), Munich, the Department of Creative Writing / Screenplays of Prof. Doris Dörrie.

Screenwriters, directors, editors and producers were invited to share their experiences and tips by giving insight on one of their recent projects. All available films made from these screenplays were on display. Participants were students of the The University of Television and Film Munich (HFF), Munich, students of the Theatre Academy and professional writers: journalists, authors, scholars of German literature.

One of the highlights was the evening event „La Triviata – the Stand-up Opera!“. Four classical singers and a pianist were improvising opera to cues from the audience.